The city of Zurich lies in the heart of Europe and at the center of Switzerland, on the northern shores of Lake Zurich. Its multicultural flair and the variety of leisure activities on offer attract guests from all over the world to this “region of short routes”. Zurich is quick and easy to reach, whether by train, plane or private vehicle. Its international airport has direct connections with over 150 destinations. Just a 10-minute train ride from the airport and situated right in the city center, Zurich’s Main Railway Station is regarded as a central European railroad hub. More than 400,000 people live in this experience, science and business center. Thanks to its top-quality infrastructure set amidst natural surroundings, it is a popular place for study and research. For example, at Zurich University or the Swiss Federal Institute of Technology Zurich (ETH); built by Gottfried Semper from 1858 to 1864, the ETH Zürich is today associated with 21 Nobel prizewinners. Some 150 years ago, part of the city’s fortifications was transformed into what is now arguably the most famous “Station Road” in the world, the Bahnhofstrasse. Zurich’s shopping mile has contributed largely to the city's reputation as an El Dorado for shoppers and is a top address for international fashion labels, jewelry and watches. However, it is just one of the places where you can find urban Zurich labels; whether in Zurich-West or in the Aussersihl quarter, you often come across local brands where you least expect them. They inspire the fashion-conscious and cause a sensation far beyond Switzerland's borders – as has, for example, the cult label Freitag, with its unique style of bags and accessories. Zurich boasts the highest density of clubs in Switzerland – here, you can never turn up too late. From a house music party in the legendary Kaufleuten to Greatest Hits from the Eighties at the oldest club in the city, the Mascotte, to a gay event at the Labor Bar – parties really get going after 11.00 pm and continue into the wee hours of the morning. Here, there are no official closing times. In summer, nightlife can be found not only in the clubs, but also outside in the open air; the venues where visitors bathe and relax during the day are ideal places to flirt and dance at night. Also for lovers of art Zurich has a lot to offer. The city alone is home to over 50 museums, some 14 of which are devoted to art. The museum of fine arts, the Kunsthaus Zürich, boasts a significant collection of paintings, sculptures, photographs and videos. In addition, it has an extensive collection of works by Alberto Giacometti. Another highlight is the Rietberg Museum, one of the leading centers of non-European art in the world. Just a stone's throw from Zurich's main station, the Swiss National Museum – housed in an over 100 year old building reminiscent of a fairytale castle – contains the country's most comprehensive collection of exhibits relating to Swiss cultural history. Zurich's museums and galleries aren't the only places to enjoy art: visitors can also admire Giacometti's entrance hall in the main police station, the choir windows by Marc Chagall in Fraumünster abbey, or Jean Tinguely's open-air Heureka by Lake Zurich.  The lively tradition of merchant guilds in Zurich is dating back to the Middle Ages. Equally impressive are their fine guild houses and guildhalls – such as the Zunfthaus zur Waag, open since at least 1303. Like the Grossmünster church, the Lindenhof square and the Öpfelchammer restaurant in the Niederdorf, these venues are now among the city’s cherished emblems. 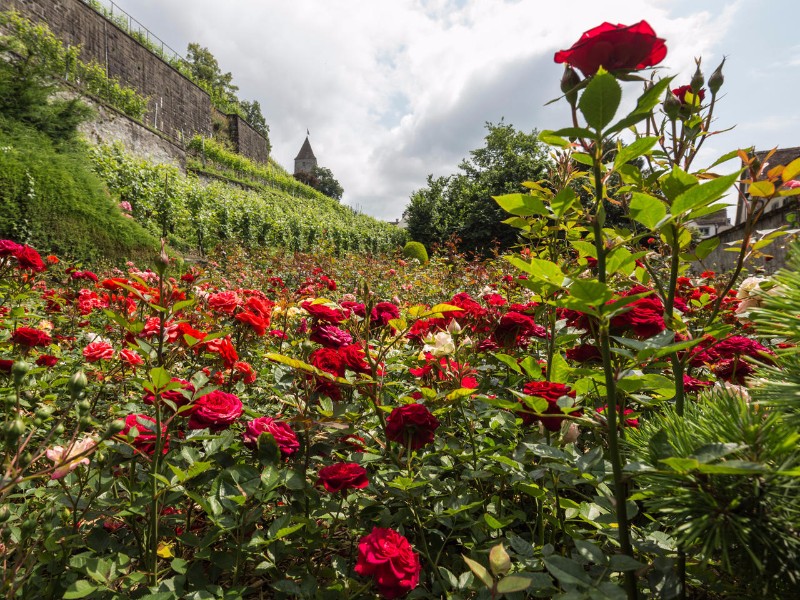